This photo-essay on the public festival that celebrates the Maratha king-hero Śivājī was performed in the city of Pune, India in 2020. The essay reflects upon the practice of photography as a research tool that not only provides the researcher with the opportunity to capture that which is not possible to convey with words alone, but also “frames” an aesthetic moment that serves as a visual commentary. During such public festivals, parts of the city become stages saturated with symbols and the theatricality of performing one’s Hindu identity. The creative manipulation of symbols facilitates the construction of this practice with Hindu pride at its center: a habitus that potentially leads to collective activism and, if needed, violence. Public festivals are understood by the author as Schaufenster (shop windows) that allow him to observe and experience social rhythms first hand and, at the same time, reflect on the role of the images and their circulation for the participants‘ construction of their identity. Primarily young men and increasingly young women are inexorably drawn into the mythicized Śivājī stories on social media, television, and cinema, developing a reactionary vision of themselves and the nation as proudly Hindu. 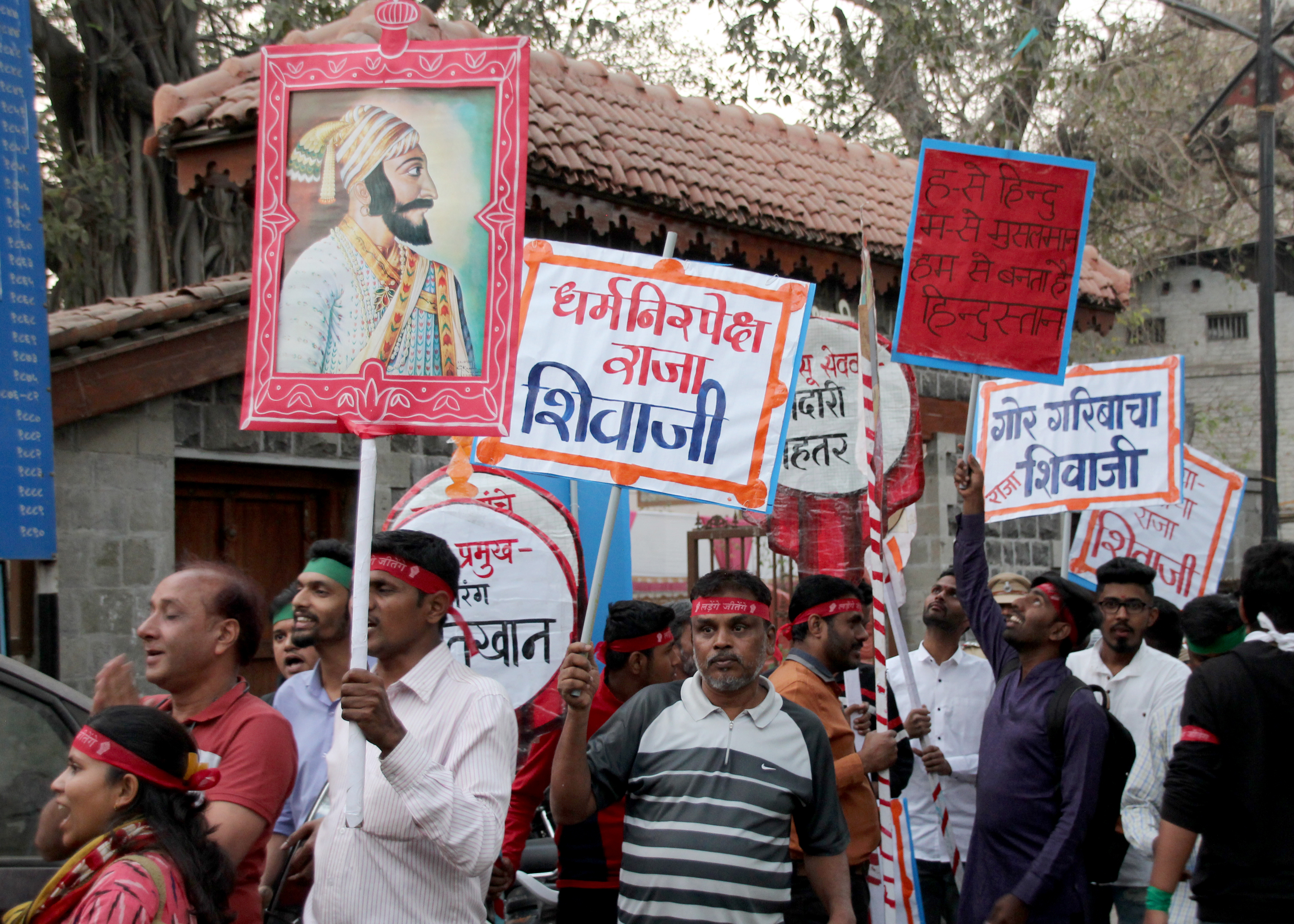